Essays 2: On the Firmness of the Wise Man 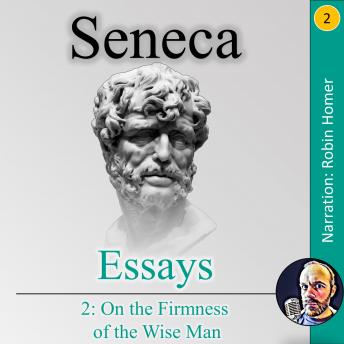 In On the Firmness of the Wise Man Seneca argues that Stoicism is not as harsh as it first appears. Recalling the figure of Cato the Younger Seneca argues that Cato as a wise person suffered neither injury nor insult. Although Serenus objects to this paradox, Seneca provides further analogies to emphasize the impervious nature of the wise person. In chapter 5 Seneca distinguishes between contumelia (insults) and iniuria (injuries). The rest of the treatise through to chapter 19 consists of discussions on the nature of both themes, showing that the wise person is immune from both insults and injuries. Seneca concludes the treatise praising the idea of the wise person while offering practical advice for all of us who are imperfect
Translation by Aubrey Stewart, produced by Vox Stoica

Essays 2: On the Firmness of the Wise Man