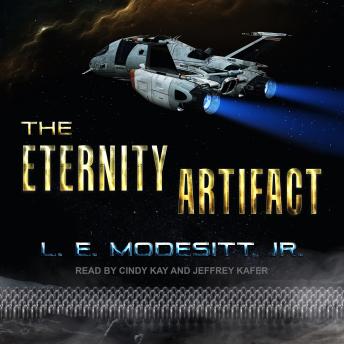 5,000 years in the future, humankind has spread across thousands of worlds, and more than a dozen different governments exist in an uneasy truce. But human beings have found no signs of other life anywhere approaching human intelligence.

This changes when scientists discover a sunless planet they name Danann, travelling the void just beyond the edge of the Galaxy at such a high speed that it cannot be natural. Its continents and oceans have been sculpted and shaped, with but a single megaplex upon it-close to perfectly preserved-with tens of thousands of near-identical metallic-silver-blue towers set along curved canals. Yet Danann has been abandoned for so long that even the atmosphere has frozen solid. Within a few years Danann will approach an area of singularities that will make exploration and investigation impossible.

Orbital shuttle pilot Jiendra Chang, artist Chendor Barna, and history professor Liam Fitzhugh are recruited by the Comity government and its Deep Space Service, along with scores of other experts as part of an unprecedented and unique expedition to unravel Danann's secrets. And there are forces that will stop at nothing to prevent them, even if it means interstellar war.