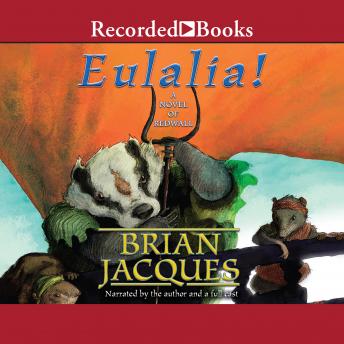 From the mind of Brian Jacques-the New York Times bestselling author of the Redwall series-comes another exhilarating adventure in this beloved saga. At the legendary fortress of Salamandastron, aging Lord Asheye has a prophecy. A new, young badger lord must take his place, but Lord Asheye does not know who the young warrior is. A haremaid of the Long Patrol, Mad Maudie, is dispatched to track the mysterious badger down. Meanwhile, unaware of his destiny, the future lord is captured by infamous fox Vizka Longtooth. Vizka and his Sea Raiders intend to impose their will on Redwall Abbey, and it falls to their captive to defend the abbey and fulfill his destiny. The feasts have been served. The weapons have been readied. The battle lines have been drawn. It is time for the thunderous warcry to carry throughout the land-Eulalia! Jacques and his extraordinary troupe of vocal performers infuse this rousing tale with life, creating a distinct personality for each four-legged character.