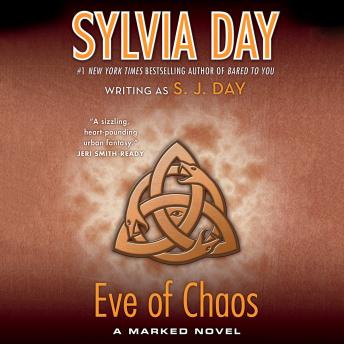 Eve of Chaos: A Marked Novel

When Evangeline Hollis spent a night of passion with the darkly seductive Alec Cain, she had no idea that she'd be punished for it years later. Branded with the Mark of Cain, Eve was thrust into a life of hunting demons as penance.
Living with the Mark-and the two sexy brothers who come with it-was trouble enough. But then Eve ran over Satan's hellhound during training. Now Satan, incensed at the loss of his pet, has put a bounty on Eve's head, and every demon in the country wants to be the one to deliver her.
Meanwhile, Eve's formerly insatiable one-night stand is acting distant. Cain says he still wants Eve, and she believes him, but scorching hot sex isn't enough. Not after knowing what it was like to have more.
As Cain's role in Eve's life becomes more and more uncertain, Abel doesn't hesitate to step in.

Eve of Chaos: A Marked Novel