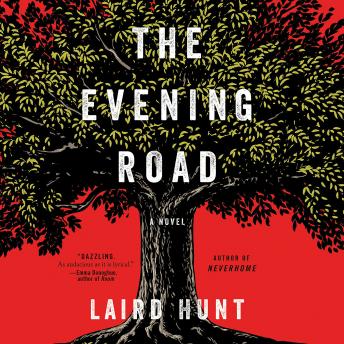 Two women, two secrets: one desperate and extraordinary day. In the high heat of an Indiana summer, news spreads fast. When Marvel, the local county seat, plans to lynch three young black men, word travels faster. It is August, 1930, the height of the Jim Crow era, and the prospect of the spectacle sends shockwaves rumbling through farm country as far as a day's wagon-ride away.

Ottie Lee Henshaw, a fiery small-town beauty, sets out with her lecherous boss and brooding husband to join in whatever fun there is to be had. At the opposite end of the road to Marvel, Calla Destry, a young African-American woman determined to escape the violence, leaves home to find the lover who has promised her a new life.

As the countryside explodes in frenzied revelry, the road is no place for either. It is populated by wild-eyed demagogues, marauding vigilantes, possessed bloodhounds, and even by the Ku Klux Klan itself. Reminiscent of the works of Louise Erdrich, Edward P. Jones, and Marilynne Robinson, The Evening Road is the story of two remarkable woman on the move through an America riven by fear and hatred, and eager to flee the secrets they have left behind.