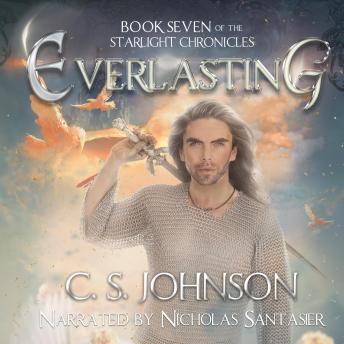 A new calling. An old enemy. A discovery that demands action.
It has been many years since that day, the day Hamilton Dinger wishes to forget, along with the ache in his heart. But his desire to let go of the past is usurped when the future comes barreling into his apartment in the form of two young Starlight defenders, Lucas and Lyra, calling for a new mission for him.

More than reluctantly, Hamilton heads home to Apollo City as Dante Salyards, now a rogue agent from SWORD, seeks his help in dismantling a new administration of evil in Apollo City.

After a shocking discovery, Hamilton is faced with the choice to renew his commitment, and embrace the responsibilities, both pleasant and painful, the Prince of Stars had in store for him–but it could cost him more than his heart this time.

With everything on the line, can Hamilton finally have the life he had always dreamed of? Find out in this stunning conclusion of The Starlight Chronicles.


WHAT REVIEWERS ARE SAYING:

I REALLY enjoyed this last installment of the Starlight Chronicles....I grew to love Hamilton and his take on the world. This last book really gelled how the warrior stars help in the physical world...and there are some nice twists to the story! ~ Connie, Goodreads Reviewer