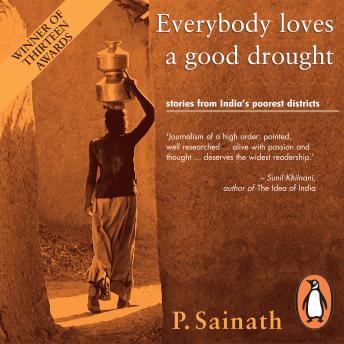 Everybody Loves a Good Drought: Stories from India’s Poorest Districts

Acclaimed across the world, prescribed in over 100 universities and colleges, and included in part in The Century's Greatest Reportage (Ordfront, 2000), alongside the works of Gabriel Garcia Marquez, Studs Terkel and John Reed, Everybody Loves a Good Drought is the established classic on rural poverty in India. Twenty years after publication, it remains unsurpassed in the scope and depth of reportage, providing an intimate view of the daily struggles of the poor and the efforts, often ludicrous, made to uplift them.

An illuminating introduction accompanying this twentieth-anniversary edition reveals, alarmingly, how a large section of India continues to suffer in the name of development so that a small percentage may prosper. Besides exposing chronic misgovernance, it is also a devastating comment on the media's failure to speak for the voiceless.