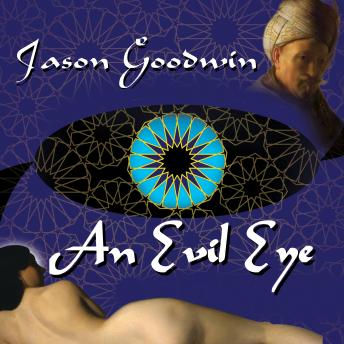 An Evil Eye: A Novel

When the admiral of the Ottoman fleet defects to the Egyptians, Investigator Yashim attempts to uncover the man's motives. But Fevzi Pasha is no stranger to Yashim: it was Pasha, in fact, who taught the investigator his craft years ago. He is the only man whom Yashim has ever truly feared: ruthless, cruel, and unswervingly loyal to the sultan. What dark secret has led his former mentor to betray the Ottoman Empire?

Unraveling Pasha's curious history, Yashim is drawn ever deeper into the closed world of the sultan's seraglio, an intimate household populated by the young ruler's women, children, slaves, and eunuchs. It is a well-appointed world ruled by fear, ambition, and deep-seated superstitions-a lap of luxury where talented girls hold sway in the ladies' orchestra.

But as the women of that orchestra inexplicably grow ill and die, Yashim discovers that his investigations into the admiral's defection have their roots in the torturous strictures of the sultan's harem, where every secret is sacred: a place where the normal rules are suspended, and where women can simply disappear.