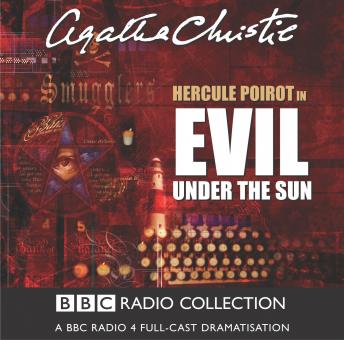 Evil Under The Sun

An exclusive hotel on a tiny picturesque island seems to be the ideal retreat from the stresses of criminal detection for Hercule Poirot. But with the appearance of the beautiful Arlena Stuart, the quiet and peaceful atmosphere becomes charged with an indefinable erotic tension. And when she is found viciously strangled in a secluded cove, there are few, especially among the women, who seem to feel either surprise or regret. As Poirot follows a twisting path of bizarre and bewildering clues, his only certainties are that the solution lies within Arlena herself, and that there is evil under the sun. John Moffat as Hercule Poirot heads an all-star cast which includes Iain Glen, Fiona Fullerton, Robin Ellis, Wendy Craig, George Baker and Joan Littlewood.

Evil Under The Sun