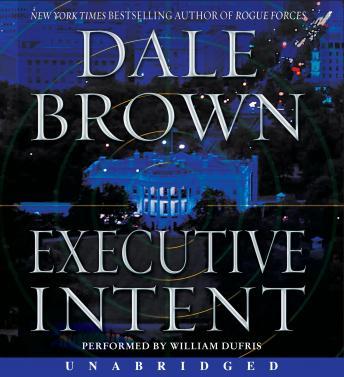 “For fictional thrill rides on the printed page, get on board with the novels of Dale Brown.”
—New York Newsday

The incomparable Dale Brown (“The best military writer in the country” —Clive Cussler) roars back at full throttle with Executive Intent. The perennial New York Times bestselling master delivers another action-packed tale of international intrigue and technological weaponry that pits the world’s superpowers in a terrifying contest for dominance of outer space and the Earth’s oceans. Vince Flynn and Brad Thor fans will flock to the man whose electrifying visions of near-future warfare remain the gold standard of the techno-thriller genre. Executive Intent is Dale Brown at his best.