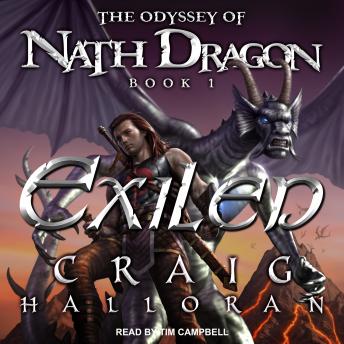 #1 of Odyssey of Nath Dragon

Led by a mysterious diabolical menace, cunning dark elves hatch a deadly scheme that will destroy Nath Dragon and his kin. Forced to run or die, Nath is thrust from the sanctuary of Dragon Home and into the wild. With nobody to trust and nowhere to go, the young warrior sets out to uncover answers that his rivals will kill to protect.

In order to survive, Nath must join a ruthless band of mercenaries and battle countless enemies, wizards, dragons, and thieves. The closer he gets to the truth, the more dangerous Nath's quest becomes. Armed with his magic sword, Fang, Nath vows to hunt his faceless enemy down and slay it before all of the dragon realm is wiped out.