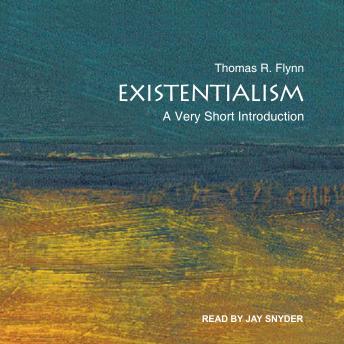 One of the leading philosophical movements of the twentieth century, existentialism has had more impact on literature and the arts than any other school of thought. Focusing on the leading figures of existentialism, including Sartre, Nietzsche, Heidegger, Kierkegaard, de Beauvoir, Merleau-Ponty, and Camus, Thomas Flynn offers a concise account of existentialism, explaining the key themes of individuality, free will, and personal responsibility, which marked the movement as a way of life, not just a way of thinking.

Flynn sets the philosophy of existentialism in context, from the early phenomenologists, to its rise in the 40s and 50s, and the connections with National Socialism, Communism, and Feminism. He identifies the original definition of 'existentialism,' which tends to be obscured by misappropriation, and highlights how the philosophy is still relevant in our world today.