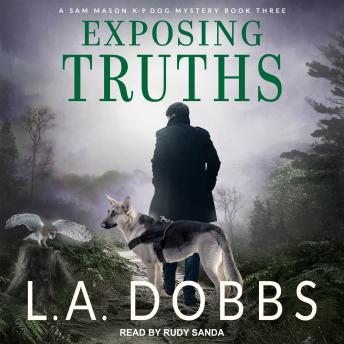 . . . Until a mysterious stranger reveals that the victim was up to a lot more than just taking photographs of endangered owls. Suddenly it appears that a lot more people had motive to want Ray dead.

Sam, Sergeant Jody Harris, and their K-9 Lucy now have a fresh batch of suspects, all of whom have secrets they don't want exposed. But when Sam's hopes of putting Thorne away for good dwindle, help comes in the form of an unlikely ally-one who promises to aid Sam in getting rid of Thorne and clearing up the mystery around officer Tyler Richardson's untimely death.

Just when it seems like Sam has it all wrapped up, the unthinkable happens, plunging Sam and Jo into an even deeper mystery and proving that nothing good ever comes from exposing truths.