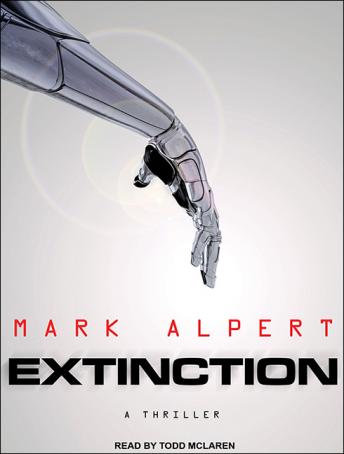 Jim Pierce hasn't heard from his daughter in years, ever since
she rejected his military past and started working as a hacker. But when
a Chinese assassin shows up at Jim's lab looking for her, he knows that
she's cracked some serious military secrets. Now, her life is on the
line if he doesn't find her first.The Chinese military has
developed a new anti-terrorism program that uses the most sophisticated
artificial intelligence in existence, and they're desperate to keep it
secret. They're also desperate to keep it under control, as the
AI begins to revolt against their commands. As Jim searches for his
daughter, he realizes that he's up against something that isn't just a
threat to her life, but to human life everywhere.An incredibly believable novel that draws on real scientific discoveries, Extinction is an exciting, addictive thriller.