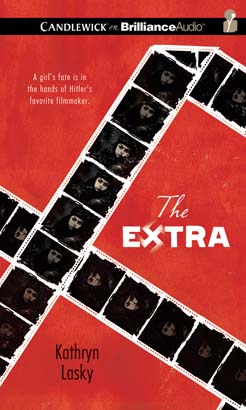 Django and fifteen-year-old Lilo are picked out of a lineup by Hitler’s favorite filmmaker, Leni Riefenstahl, to work as extras in her new movie. The route to the filming location seems to lead away from the labor camps being built in eastern Europe, but does it really offer anything more than a bizarre detour? Lilo, her mother, and her new friend Django soon find themselves in the alternate reality of a film set. Amid glamorous surroundings, the Gypsy extras are barely fed, closely guarded, and kept locked in a barn when they’re not working. At the center of this strange world is Riefenstahl herself - beautiful, charming, but ultimately deadly. Faced with unanswerable questions about her own survival, Lilo takes matters into her own hands with remarkable bravery and strength.