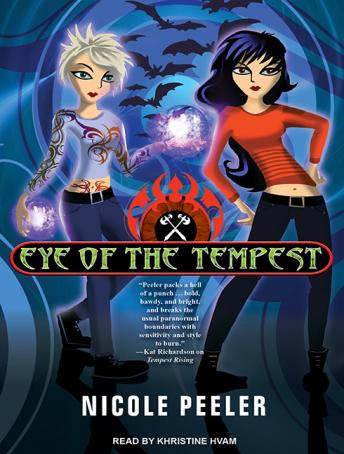 Eye of the Tempest

Nothing says 'home' like being attacked by humans with very large guns, as Jane and Anyan discover when they arrive in Rockabill. These are professionals, brought in to kill, and they bring Anyan down before either Jane or the barghest can react. Seeing Anyan fall awakens a terrible power within Jane, and she nearly destroys herself taking out their attackers.

Jane wakes, weeks later, to discover that she's not the only thing that's been stirring. Something underneath Rockabill is coming to life: something ancient, something powerful, and something that just might destroy the world.

Jane and her friends must act, striking out on a quest that only Jane can finish. For whatever lurks beneath the Old Sow must be stopped . . . and Jane's just the halfling for the job.

Eye of the Tempest