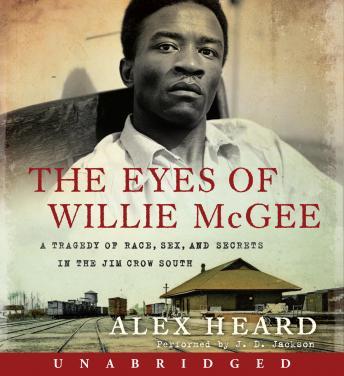 The Eyes of Willie McGee: A Tragedy of Race, Sex, and Secrets in the Jim Crow South

“A memorable narrative of a civil rights case that deserves a larger place in American memory.” —Jon Meacham

“Riveting. . . . It’s like a real-life To Kill a Mockingbird, but with even more subtlety and complexity.” —Walter Isaacson, author of Einstein

In this gripping saga of race and retribution, Alex Heard tells a moving and unforgettable story of the deep South that says as much about Mississippi today as it does about the mysteries of the past. In doing so, he evokes the bitter conflicts between black and white, north and south in America.

In 1945, a young African-American man from Laurel, Mississippi, was sentenced to death for allegedly raping Willette Hawkins, a white housewife. The case was barely noticed until Bella Abzug, a young New York labor lawyer, was hired to oversee Willie McGee's appeal. Together with William Patterson, a dedicated black reformer, Abzug risked her life to plead the case. “Free Willie McGee” became an international rallying cry, with supporters flooding President Truman's White House and the U.S. Supreme Court with clemency pleas and famous Americans—including William Faulkner, Albert Einstein, and Norman Mailer—speaking out on McGee's behalf. By 1951, millions worldwide were convinced of McGee's innocence—even though there were serious questions about his claim that the truth involved a secret love affair.