The Facts of Death 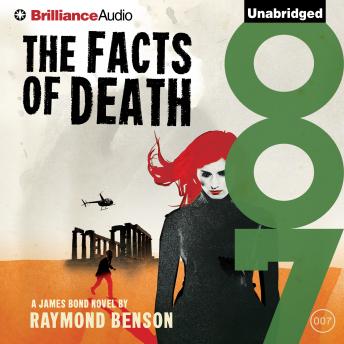 Someone is poisoning British soldiers in Cyprus; the same killer has murdered a British intelligence agent in Athens. James Bond himself barely escapes with his life.…But the secrets behind these and other deaths first start to come to light in Texas, where Bond goes in search of the assassin of M’s friend and lover. Fearful of an international scandal that could engulf both his service and his country, he learns instead of the existence of the Decada.Held together by an archaic philosophy and their own bizarre rituals, the Decada’s fanatics have stockpiled a terrifying range of poisons and are willing to use them to further their insane ambitions for power and revenge.Aided by beautiful, brave Greek intelligence agent Niki Mirakos, Bond puts himself into the firing line for a last-ditch attempt to stop the Decada before they unleash a horrifying weapon on their helpless prey.