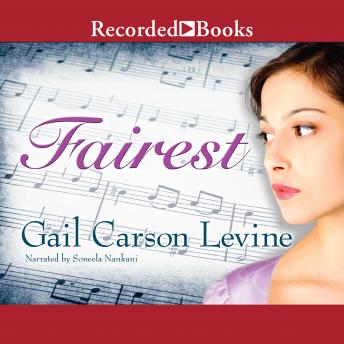 Once upon a time, there was a girl who wanted to be pretty . . . Aza's singing is the fairest in all the land, and the most unusual. She can 'throw' her voice so it seems to come from anywhere. But singing is only one of the two qualities prized in the Kingdom of Ayortha. Aza doesn't possess the other: beauty. Not even close. She's hidden in the shadows in her parents' inn, but when she becomes lady-in-waiting to the new queen, she has to step into the light--especially when the queen demands a dangerous favor. A magic mirror, a charming prince, a jealous queen, palace intrigue, and an injured king twine into a maze that Aza must penetrate to save herself and her beloved kingdom. 'A song-filled, fast-paced fairy tale.'--Kirkus Reviews Inventive and original --KLIATT Readers will instantly fall in love with the heroine, whose heart proves to be as warm as her voice. --Publishers Weekly (starred review) [Readers will] sink into the fairy-tale romance, the remarkable characters, and the wild, magical adventures. --ALA Booklist