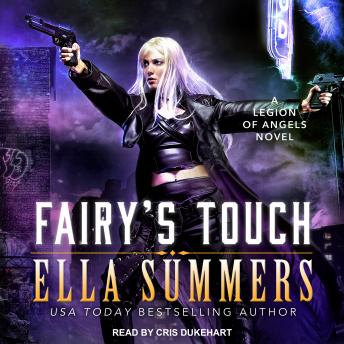 The games of gods play out upon the backbones of mortals.

Leda Pierce has come a long way since she left her home on the frontier of civilization one year ago to join the Legion of Angels. She is a soldier in the gods' army, has crossed swords with demons, and shares an apartment with her angel lover in New York.

Every day brings Leda closer to becoming an angel herself-until a promotion ceremony goes horribly wrong, leaving her powers in magical limbo. Worse yet, the gods have taken over her training at Crystal Falls. Leda's failed magic and the gods' impossible challenges are the least of her worries, however. Someone is using the challenges to expose people's most-guarded secrets, and the skeletons in Leda's closet would mean her execution.