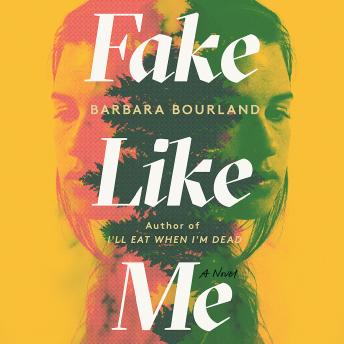 From critically acclaimed author Barbara Bourland, comes an 'impressively intelligent thriller,' nominated for the Edgar Allan Poe Award, about a young painter who tracks the mysterious life and death of her role model, uncovering strange secrets that lead to the truth of her demise (Refinery29).

After a fire rips through her loft, destroying the seven billboard-size paintings meant for her first major exhibition, a young painter is left with an impossible task: recreate the lost artworks in just three months without getting caught -- or ruin her fledgling career. Homeless and desperate, she begs her way into Pine City, an exclusive retreat in upstate New York notorious for three things: outrageous revelries, glamorous artists, and the sparkling black lake where brilliant prodigy Carey Logan drowned herself.

Taking up residence in Carey's former studio, the painter works with obsessive, delirious focus. But when she begins to uncover strange secrets at Pine City and falls hard for Carey's mysterious boyfriend, a single thought shadows her every move: What really happened to Carey Logan?