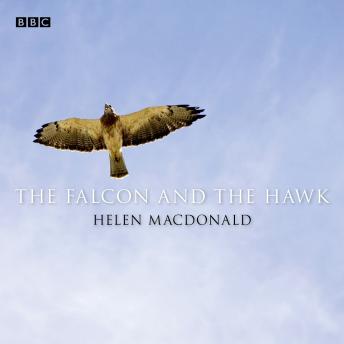 Falcon And The Hawk, The: A BBC Radio 4 dramatisation

Helen Macdonald is a falconer and poet. She keeps a goshawk called Mabel. As a child she fell in love with a rare book of intense nature writing, J.A. Baker's The Peregrine, which records a winter watching wild peregrines on the Essex coast. Her new play brings her birds and his together. Baker tramps the bleak coastal marshes scanning the skies for fleeting moments of bloody drama as a peregrine stoops at immense speed after a plover or a pigeon. Helen woos her captive-bred goshawk in her spare bedroom - acclimatising it to human noise and human movement. Baker crouches over a half-dead pigeon and finishes it off for the wild falcon; Helen walks the city street with a goshawk on her fist. Their stories begin to fly closer to one another. Starring David Birrell as J. A. Baker, Gemma Lawrence as Young Helen and Helen Macdonald as herself. Part recorded on location at The Bird of Prey Centre in Newent, Gloucestershire. Producer: Tim Dee.

Falcon And The Hawk, The: A BBC Radio 4 dramatisation