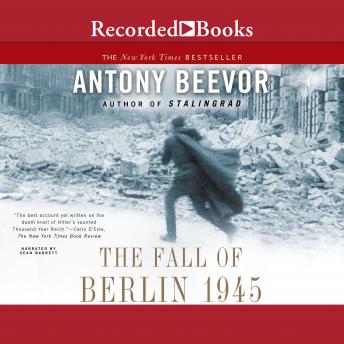 'A tale drenched in drama and blood, heroism and cowardice, loyalty and betrayal.'-Jonathan Yardley, The Washington Post The Red Army had much to avenge when it finally reached the frontiers of the Third Reich in January 1945. Frenzied by their terrible experiences with Wehrmacht and SS brutality, they wreaked havoc-tanks crushing refugee columns, mass rape, pillage, and unimaginable destruction. Hundreds of thousands of women are children froze to death or were massacred; more than seven million fled westward from the fury of the Red Army. It was the most terrifying example of fire and sword ever known. Antony Beevor has reconstructed the experiences of those millions caught up in the nightmare of the Third Reich's final collapse. The Fall of Berlin is a terrible story of pride, stupidity, fanaticism, revenge, and savagery, yet it is also one of astonishing endurance, self-sacrifice, and survival against all odds.