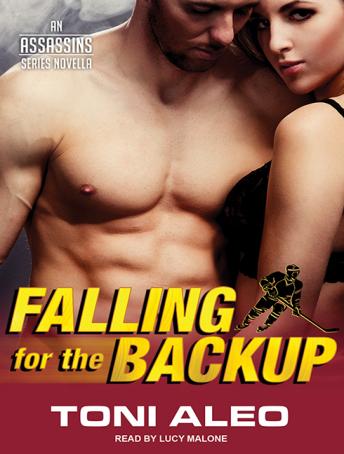 Falling For The Backup

After serving as a dutiful bridesmaid in the wedding from hell, Aynslee Shaw just wants to slink home to Nashville and forget the whole trip. That is until the hottest guy she's ever seen is seated next to her on the flight and charms her with his easy laugh and killer smile. But just when she thinks things are getting good, he vanishes, leaving Aynslee wondering, was that guy the one? And did she just let him slip through her fingers?

Former superstar goalie Jordan Ryan is back on the ice-finally. After a crippling knee injury that had him wondering if he'd ever play pro hockey again, he's got his full attention on rebuilding his career. So a pretty-okay, beautiful-girl on a plane shouldn't be a distraction. But Jordan is very distracted. And when Aynslee crosses his path again, he's not sure any job in the world is worth missing his second chance with a woman like her.
Contains mature themes.

Falling For The Backup