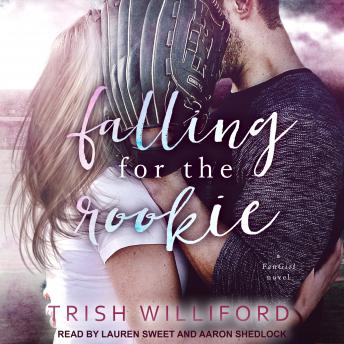 Sometimes love blind sides you and hits you in the face. Literally.

During the spring and summer months, Melody Carrick lives, eats and sleeps baseball. As a Baltimore Blue Birds season ticket holder, she attends every home game to enjoy the action. When a foul ball hits her in the face and knocks her out during the season opener, the last thing she expects is for the handsome rookie who caused the mess to visit her in the hospital.

Injuring a fan during his first game in the majors is rookie Carson Lawrence's worst nightmare. Knowing he won't be able to clear his conscience until he's assured she's not seriously hurt, he visits the woman in the hospital. The last thing Carson expects when he walks into her room is to be attracted to a young, beautiful woman named Melody.

Carson and Melody quickly realize there is undeniable chemistry between them, no matter how hard they try to ignore it. Carson gives in to his strict 'no dating' rule during baseball season and Melody allows Carson into her private world.

Falling hard and fast, everything is seemingly perfect until a piece of Carson's past blindsides the couple. Devastated, Melody must decide if their love is enough to move forward or if she'll only resent Carson for the rest of her life.