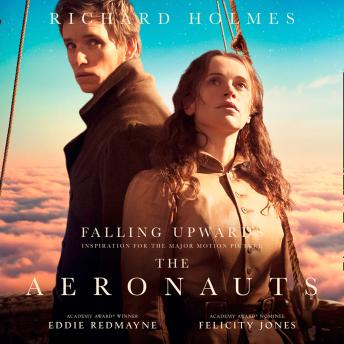 Falling Upwards: Inspiration for the Major Motion Picture The Aeronauts

A GUARDIAN BEST BOOK OF THE YEAR


A NEW STATESMAN BEST BOOK OF THE YEAR


A DAILY TELEGRAPH BEST BOOK OF THE YEAR


A NEW REPUBLIC BEST BOOK OF THE YEAR


From ambitious scientists rising above the clouds to analyse the air to war generals floating across enemy lines, Richard Holmes takes to the air in this heart-lifting history of pioneer balloonists.

Falling Upwards asks why they risked their lives, and how their flights revealed the secrets of our planet. The stories range from early ballooning rivals to the long-distance voyages of American entrepreneurs; from the legendary balloon escape from the Prussian siege of Paris to dauntless James Glaisher, who in the 1860s flew seven miles above the earth - without oxygen.


Falling Upwards has inspired the Major Motion Picture The Aeronauts - in cinemas SOON.

Falling Upwards: Inspiration for the Major Motion Picture The Aeronauts