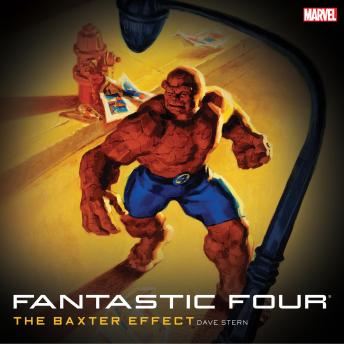 The Fantastic Four-the Thing, the Invisible Woman, the Human Torch, and Mr. Fantastic-have used their powers for the betterment of mankind. For years, the world's top scientists have dreamed of creating a quantum computer, a machine that would be infinitely more powerful than any based on the transistor. Now Reed Richards-Mr. Fantastic-has achieved that dream. He has birthed a device capable of creating the unbreakable cipher, predicting the weather, performing calculations, and retrieving knowledge at heretofore unimagined speeds. He has also, unwittingly, created something else: a machine that one of the Fantastic Four's oldest and most powerful adversaries will use against them, twisting it to his own destructive, murderous purposes. It will turn friend against friend, husband against wife, and force Ben Grimm-the Thing-to confront a nightmarish dilemma: a choice between humanity's salvation and the death of the three people he loves most in all the world...