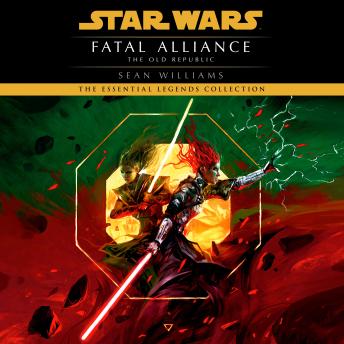 Tassaa Bareesh, a matriarch in the Hutt crime cartel, is holding an auction that’s drawing attention from across the galaxy. Representatives of both the Republic and the Sith Empire are present, along with a Jedi Padawan sent to investigate, a disenfranchised trooper drummed out of the Republic’s elite  Blackstar Squad, and a mysterious Mandalorian with a private agenda. But the Republic’s envoy is not what he seems, the Empire’s delegate is a ruthless Sith apprentice, the Jedi Padawan is determined to do the right thing and terrified that he can’t, the trooper hopes to redeem her reputation, and the Mandalorian is somehow managing to keep one step ahead of everyone.

None of these guests—invited or uninvited—have any intention of participating in the auction. Instead they plan to steal the prize, which is locked inside an impregnable vault: two burned chunks of an exploded star cruiser, one of which may hold the key to the wealth of an entire world.

But the truth about the treasure is dangerous and deadly. And in the end, Sith and Jedi, Republic and Empire, must do something they’ve never done before, something that all the agents of good and evil could never make them do: join together to stop a powerful threat that could destroy the galaxy.

Great book. I was pleasantly surprised.

Nice sw story of the old republic... A stunning and great job of Sean Williams

Like all Star Wars novels, it was well read and the production value was amazing. The story wasn’t my favourite but still an overall good read

Wow wow wow!! One of the best books of the Star Wars universe!