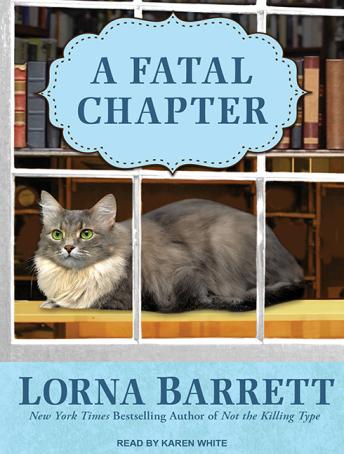 While out walking Sarge, her sister's bichon frise, Tricia is led by the agitated dog to a man lying in a gazebo. She's startled when she recognizes Pete Renquist, the president of the Stoneham Historical Society, who appears to be suffering from cardiac arrest. When Pete later dies in the hospital, the discovery of a suspicious bruise and a puncture mark on his arm suggests he may have been murdered.

Haunted by Pete's enigmatic last words to her, Tricia begins to consider who had a motive to kill her friend. Did Pete take his flirting too far, only to have a jealous husband teach him a lesson? Or did he discover something in the town's historical records that his killer wanted kept secret? Tricia is determined to get to the bottom of things before someone else becomes history . . .