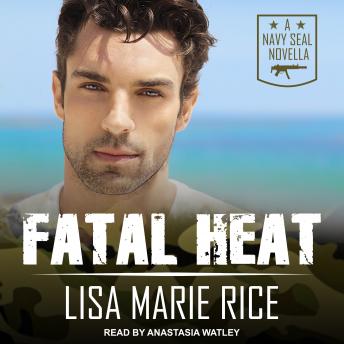 Former Navy SEAL Max Wright is out of the SEAL Teams forever after being almost killed by an Afghani RPG. He retreats to his former XO's beach house to lick his wounds. He wants to snarl at the world but finds it hard to snarl at his new neighbor, his XO's beautiful goddaughter, Paige Waring, who also comes with a ridiculously likable, totally undisciplined dog.

As a plant geneticist, Paige has always been focused on her work, but when she and her dog run into Max, she recognizes the lonely, shattered man behind the rugged exterior. To her mind, sexiness always comes with a white lab coat, not with acres of tanned muscle and a tough mindset.

When Paige's work becomes the target of criminals and she's abducted, Max springs into action. Though still terribly wounded, this tough as nails SEAL goes on his last mission-stopping at nothing to save the woman he loves.