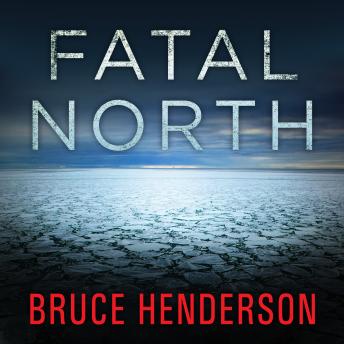 It began as President Ulysses S. Grant's bid for international glory after the Civil War-America's first attempt to reach the North Pole. It ended with Captain Charles Hall's death under suspicious circumstances, dissension among sailors, scientists, and explorers, and the ship's evacuation and eventual sinking. Then came a brutal struggle for survival by thirty-three men, women, and children, stranded on the polar ice. When news of the disastrous expedition and accusations of murder reached Washington D.C., it led to a nationwide scandal, an official investigation, and a government cover-up.

The mystery of the captain's death remained unsolved for nearly 100 years. But when Charles Hall's frozen grave in northern Greenland was opened, forensic scientists were finally able to reach a shocking conclusion.

Now, telling the complete story for the first time, bestselling author Bruce Henderson has researched original transcripts of the U.S. Navy inquests, personal papers of Captain Hall, autopsy and forensic reports relating to the century-old crime, the ship's original log, and personal journals kept by crewmen to bring to life one of the most mysterious tragedies of American exploration.