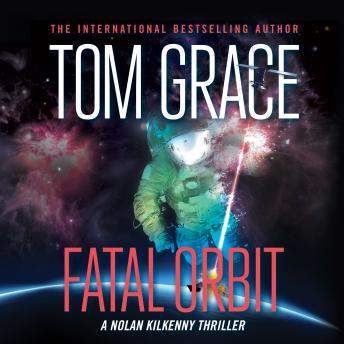 As Nolan Kilkenny, an ex-Navy SEAL turned scientist, watches his fiancée, Kelsey Newton, launch into space to deploy a communications satellite, he thinks of the dangers he faced as a SEAL and the dangers she now faces as an astronaut and muses, "At least no one up in space is trying to kill you." However, he soon realizes how wrong he is when a satellite carrying a high-powered laser takes aim at Newton's shuttle. Kelsey makes it safely to the international space station, while Nolan tries to find out who is attacking the satellites and why. His investigation to stop the attacker takes him around the globe in an exciting cat-and-mouse chase with a Russian assassin and leads him to an enormous global corporation run by a ruthless woman willing to commit murder to stop her competitors.