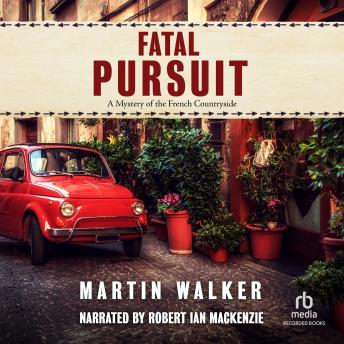 A pair of murders, a little romance, and rivals in pursuit of a long-lost vintage car of unfathomable value--Bruno, chief of police, is busy in another mystery set in the beautiful Dordogne. At an annual fete in St. Denis, Bruno's biggest worry is surviving in the rally race. The rally and a classic car parade are new to the festivities and draw a spate of outsiders with deep pockets, big-city egos, and, in the case of a young Englishman, an intriguing story. It's the tale of a Bugatti Type 57 Atlantic, lost somewhere in southern France during World War II. Among the most beautiful cars ever made, one of only four of its kind, it is worth untold millions and drives its pursuers mad with greed. As the parade begins, a local scholar turns up dead--and Bruno suspects unnatural causes. To complicate matters, a family squabble over land brings to St. Denis a comely Parisienne who turns Bruno's head. And: there's mounting evidence that the events in St. Denis are linked to international crime. As usual, Bruno's village life offers its challenges--but there is always time for a good bottle and a home-cooked meal.