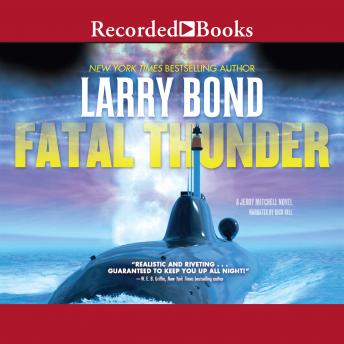 Three men uncover a plot to launch nuclear weapons at China's port cities in this heart-pounding military thriller from New York Times bestselling author Larry Bond Jerry Mitchell, skipper of USS North Dakota, receives a message from Girish Samant, a submarine captain and former enemy of his, requesting a meeting. That meeting revives memories of a submarine he'd served on many years ago, and a mission that proved far more dangerous and important than he had expected. Girish once tried to kill Jerry, but now he and Aleksey Petrov, a former Russian sub captain, need the American's help to uncover a terrible truth: nuclear relics of the fallen Soviet Empire are being sold to people more than willing to use them. A group of Indian nationalists are plotting to cripple China's economy with the bootleg nuclear weapons. Jerry and his comrades must stop the cabal's plan before they trigger an Asian nuclear war.

This title is due for release on October 21, 2016
We'll send you an email as soon as it is available!