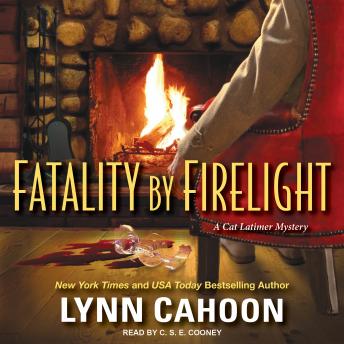 To kick off a winter writing retreat, Cat and her handyman boyfriend, Seth, escort the aspiring authors to a nearby ski resort, hoping that some fresh cold air will wake up their creative muses. But instead of hitting the slopes, they hit the bar-and before long, a tipsy romance novelist named Christina is keeping herself warm with a local ski bum who might have neglected to tell her about his upcoming wedding.

Next thing Cat knows, her uncle, the town sheriff, informs her that the young man's been found dead in a hot tub-and Christina shows up crying and covered in blood. Now, between a murder mystery, the theft of a rare Hemingway edition, and the arrival of a black-clad stranger in snowy Aspen Hills, Cat's afraid everything's going downhill . . .