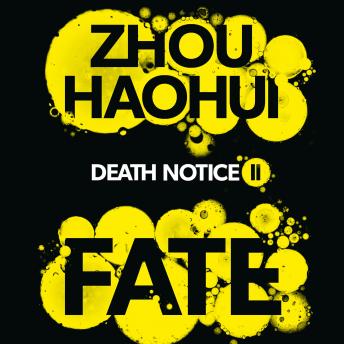 'Serial killers turn up all the time in crime fiction, but few are as patient or as devious as the murderer in Zhou Haohui's Death Notice. This extraordinary novel is the first in a trilogy, and it is already China's bestselling crime series to date' Sunday Times.

After the death of 'Eumenides', a former police student who was sending 'death notices' to unpunished criminals before brutally murdering them, the Chengdu Police Department assumed that the killing spree would stop. But the murders continue, leading the 4/18 task force to the terrifying truth: Eumenides had a protégé.

Captain Pei Tao and his task force redouble their efforts to catch this new opponent, but relationships become fraught. Can they trust each other?

The follow-up to Death Notice, the international crime-writing phenomenon, is a high-octane, high-concept cat-and-mouse thriller that adds an exhilarating new gear to the police procedural.