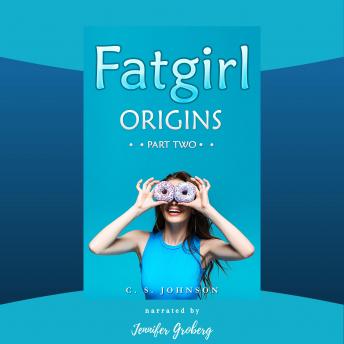 The Girth of a Hero ...
Kallie Grande-White aspired to worldwide fame and adoration, but she never wanted it like this.

After sort of innocently eating her grandmother's radioactive doughnuts in a fit of manic-depressive rage, and then arriving at her Model Middle America audition, Kallie transformed into a giant balloon-sized would-be superhero, even falling through her dressing room door just in time to stop a terrorist from taking Cuttingham City Amphitheater hostage.

As Kallie becomes a beloved city hero and overnight sensation, there's more on her mind when Kallie's grandmother, Abuela-Blanca, reveals the origins of the radioactive doughnuts -- and why she now needs Kallie's help in bringing down an even bigger threat.

And while there's nothing Kallie wants to do less than take up the media's given mantle of 'Fatgirl,' she soon finds out she has little choice -- not if she wants to keep her identity a secret, and not if she ever wants to get her mother to come back home.


You can't make a full doughnut sandwich with only one doughnut. Double up for the full origin story of everyone's newest favorite doughnut-eating superhero!


Fatgirl: Origins: Part Two is the conclusion to the origin story of this satirical science fiction superhero take on growing up, PC culture, and diet culture from award-winning, genre-hopping author C. S. Johnson.