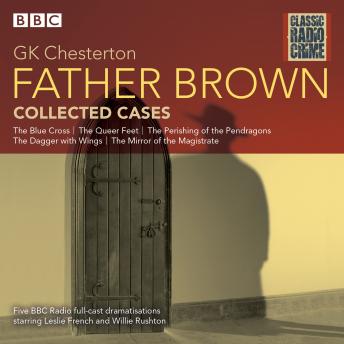 Short, shabby and unassuming, Roman Catholic priest Father Brown is an unlikely investigator. But his keen mind and understanding of human nature enable him to solve cases featuring a master criminal and a precious silver relic; a theft at an exclusive hotel; a strange tower and an even stranger story; black magic – and white magic; and a murdered judge.

Created in 1910, Father Brown inhabited the pages of over fifty short stories before appearing in adaptations for film, radio, theatre and television, including his recent incarnation in the hit BBC TV series starring Mark Williams in the title role.