The Father of All Things: A Marine, His Son, and the Legacy of Vietnam 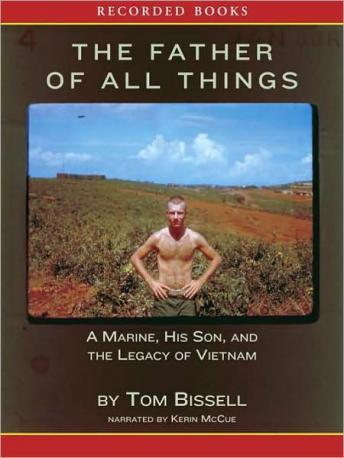 In his fourth book, journalist and fiction writer Bissell (Chasing the Sea) revisits the much-trodden territory of the Vietnam War to offer a fresh perspective: that of the adult children of the war's veterans. On assignment for GQ magazine, Bissell and his ex-Marine father, John, retrace the elder Bissell's tour of duty through a now mostly peaceful and prosperous Vietnam. The first of the book's three sections narrates the historical leadup to Saigon's fall in 1975, spliced with Bissell's imagined vision of his family on the night Saigon fell (his parents' marriage was rapidly collapsing due to John's postwar trauma and alcoholism). Next comes an exhaustively researched history of the war - including a harrowing retelling of the My Lai massacre, during which civilians were brutally murdered by crazed American soldiers-within the narrative of the father-son trip, aided by Truong and Hien, their entertaining and illuminating Vietnamese tour guides. As Bissell repeatedly presses his father to confess regrets about Vietnam, the two push toward an ambivalent sense of closure on national and personal wounds. A final, less effective, section gathers testimonials from American and Vietnamese veterans' children. This humorous memoir, travelogue and accessible history - the author's most ambitious book - confirms Bissell's status as a rising star of American literature.

Father of All Things: A Marine, His Son, and the Legacy of Vietnam