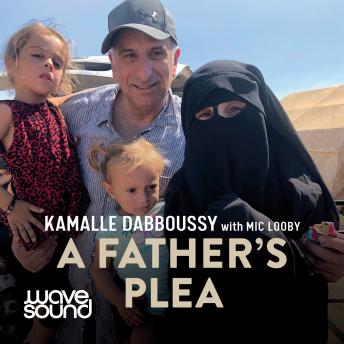 The heartbreaking story of one man's ongoing fight to free his daughter and grandchildren from an Islamic State nightmare.

When Mariam married her childhood sweetheart in a fairytale Sydney wedding, her father Kamalle dreamed of their beautiful future. When the young couple and their baby daughter went on an overseas holiday, Kamalle couldn't have been happier. But a dark secret was lurking on the horizon. They would not be coming home. Mariam disappeared. Months later, Kamalle was informed by the Australian government that his daughter had been coerced into Syria. He later learned that she had been tricked – forced at gunpoint by her husband across the border into Syria and into the clutches of ISIS. It was the start of a three-year nightmare during which her husband was killed and she was twice forced to remarry ISIS fighters. But since the defeat of ISIS, instead of being brought home, Mariam and her three young children have been demonised as ‘foreign fighters', forced to languish in refugee camps while their home country refuses to repatriate them.

Kamalle has been working with international agency Save the Children for over two years trying to bring home his daughter and grandkids. Interacting with law enforcement and government agencies in Australia, he was told that keeping quiet would be in their best interests. That has achieved nothing. Now he tells his story.