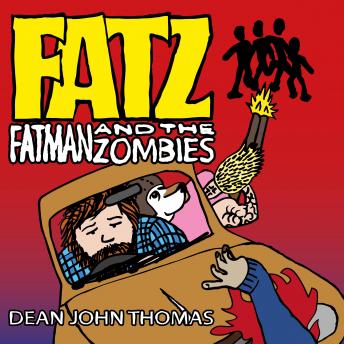 FATZ: Fatman and the Zombies

Jim’s the sort of guy who’d likely die young then be devoured by his domestic short-hair cats. With nothing going for him, a dead-end IT job and a family who mysteriously disappeared, he is barely holding it together. His hopes of a life worth living fizzled around the time he last saw his toes over his huge belly. Now the imminent demise of the world ushers in a feeling of liberation and relief for Jim. Humanity loses all hope for the future and for once, Jim fits right in! Despite all odds, Jim becomes the world’s first and last anti-running, anti-prepping survivor.After the first gruesome attacks Jim decides he would rather go down in a blaze of glory than scratch around in the dirt struggling to exist. He battles an army of the worst kind, the army of the undead. He is the FatMan and he has found his mojo. Blood and guts flow freely as Jim races the highways in a mighty truck affectionately named Betty, teaming up with an evil beagle with a serious drinking problem and a tattooed girl called Bob. The unlikely trio look for a way out of the nightmare. But will the zombies let them?