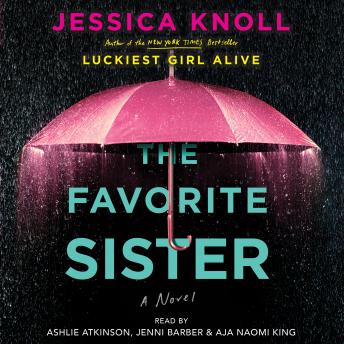 From the author of Luckiest Girl Alive—now a Netflix film—comes the “engrossing” (People) New York Times bestseller starring two sisters who join the cast of a reality TV series…and only one will make it out alive.

Brett and Kelly have always toed the line between supportive sisters and bitter rivals. Growing up, Brett was the problem child, living in the shadow of the brilliant and beautiful Kelly. In adulthood, all that has changed. Kelly is a struggling single mother and Brett has skyrocketed to meteoric success that has been chronicled on a reality TV show called Goal Diggers.

When Kelly manipulates her way onto the show and into Brett’s world, Brett is wildly threatened. Kelly, and only Kelly, knows her younger sister’s appalling secret, one that could ruin her.

Still, when the truth comes out in the explosive final weekend of filming, neither of them ever expected that the season would end in murder.

not a very interesting story. Not worth a credit.

I can’t stand the narrator! Is she drunk? , a baby ? Her lisp and the constant stupid comments are so distracting I can’t focus on the story. I can’t believe I wasted a credit on this! Why it’s getting so much exposure is beyond me. Don’t waste your money!