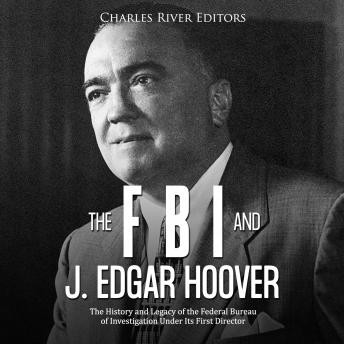 The FBI and J. Edgar Hoover: The History and Legacy of the Federal Bureau of Investigation Under Its First Director

No single figure in 20th century American history inspires such opposing opinions as J. Edgar Hoover, the iconic first Director of the Federal Bureau of Investigation. In his time, he was arguably the most powerful non-elected figure in the federal government. Serving under eight presidents (and outliving two of them), he remains the longest-serving head of a major government office, and Hoover died as he began: a civil servant, having been appointed by the Attorney General and serving at the pleasure of the president. That said, no civil servant had ever accrued to themselves the power and public attention that Hoover did.

To many Americans in the 1930s, ‘40s, and ‘50s, Hoover was a real American hero. In a country suffering from the Great Depression and the crime wave of the early 1930s, Hoover was the symbol of law and order as his “G-Men” used the newest in scientific crime solving methods to bring gangsters like John Dillinger, Pretty Boy Floyd, and Baby Face Nelson to justice. In the 1940s, he protected a country at war from German and Japanese spies and saboteurs. In the 1950s, he led the charge against Soviet spies and domestic communists who he saw as undermining the institutions of the country. Every boy in the country wanted to be a G-Man, helping Mr. Hoover ferret out anyone who would harm the United States.

However, by the 1960s and 1970s, Hoover the hero had become Hoover the villain. Various exposes and investigations revealed a darker side to the legend, one that included serious violations of the civil liberties of individuals. Hoover’s G-Men, it was discovered, engaged in illegal break-ins and wiretaps of suspected subversives, wrote fake letters that undermined the reputations of public individuals, paid informants for information, and pushed the groups they belonged to into committing illegal acts.