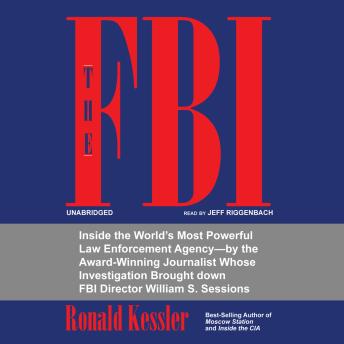 The FBI: Inside the World's Most Powerful Law Enforcement Agency

No institution in American society generates as much curiosity, fear, and intrigue as the FBI. No institution can obtain so much information and penetrate so deeply into our private lives. And no institution plays a greater role in safeguarding our freedom-or potentially threatening it.
In this groundbreaking book, award-winning journalist Ronald Kessler provides a firsthand look at the people who run the Bureau, the methods they use, the powers they wield, and the secrets they hold. Learn how the FBI solved some of the most highly publicized cases in history, including Watergate, the Pan Am 103 bombing, the Patty Hearst kidnapping, and the World Trade Center bombing. Learn also how and why the FBI fumbled such important cases as the David Koresh cult tragedy in Waco and the Rodney King beating. This revealing book will change the way America perceives the Federal Bureau of Investigation.

FBI: Inside the World's Most Powerful Law Enforcement Agency

This title is due for release on July 1, 1997
We'll send you an email as soon as it is available!