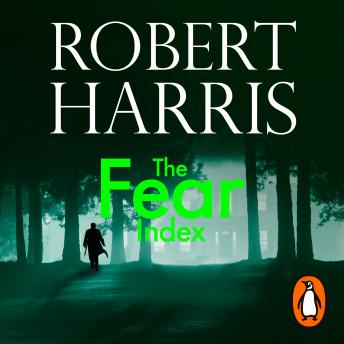 The Fear Index: Soon to be a major TV drama

Meet Alex Hoffmann: among the secretive inner circle of the ultra-rich, he is something of a legend.

Based in Geneva, he has developed a revolutionary system that has the power to manipulate financial markets. Generating billions of dollars, it is a system that thrives on panic - and feeds on fear.

And then, in the early hours of one morning, while he lies asleep, a sinister intruder breaches the elaborate security of his lakeside home.

So begins a waking nightmare of paranoia and violence as Hoffmann attempts - with increasing desperation - to discover who is trying to destroy him - before it's too late ...

Fear Index: Soon to be a major TV drama