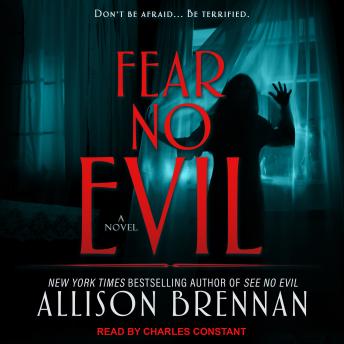 #3 of No Evil Trilogy

In cyberspace, no one can hear you scream.

Instead of preparing for her high school graduation, Lucy Kincaid is facing a vicious execution. Lured by an online predator, she's destined to die horribly-live on the Internet-while hundreds of heartless viewers watch and vote on the method of her slaughter. Her family's only hope rests with Kate Donovan, an FBI agent who took on the same sadistic killer once before . . . and lost. Blamed for another girl's gruesome murder, Kate's been fighting to clear her name. But she agrees to join the hunt for Lucy-and reluctantly steps back into her worst nightmare.

With time running out before the bloody webcast airs, Kate teams up with forensic psychiatrist Dillon Kincaid to get inside the head of her twisted quarry, zero in on his chamber of horrors, and reach Lucy before grim history repeats itself and another innocent's brutal death goes hideously live.

Face the fear. Speak its name. See its face.