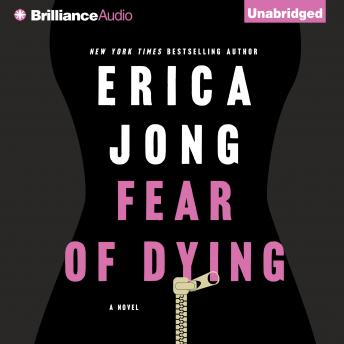 The iconic, bestselling author delivers her first book in ten years-and the sequel to the groundbreaking novel, Fear of Flying. Fear of Dying is a hilarious, heart wrenching, and beautifully told story about what happens when one woman steps reluctantly into the afternoon of life. Vanessa Wonderman is a gorgeous former actress in her 60's who finds herself balancing between her dying parents, her aging husband and her beloved, pregnant daughter. Although Vanessa considers herself 'a happily married woman,' the lack of sex in her life makes her feel as if she's losing something too valuable to ignore. So she places an ad for sex on a site called Zipless.com and the life she knew begins to unravel. With the help and counsel of her best friend, Isadora Wing, Vanessa navigates the phishers and pishers, and starts to question if what she's looking for might be close at hand after all.Fear of Dying is a daring and delightful look at what it really takes to be human and female in the 21st century. Wildly funny and searingly honest, this is a book for everyone who has ever been shaken and changed by love.