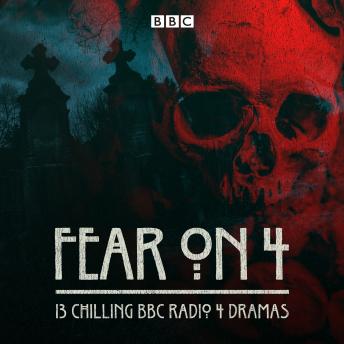 An unsettling collection of full-cast dramas from the long-running BBC Radio 4 horror series.

Throughout five series of Fear on 4 from 1988-1997, Edward de Souza was The Man in Black, a sinister raconteur who introduced a weekly half-hour of terror and suspense. Here, he welcomes us to his house of horrors as he presents thirteen terrifying tales that will make your flesh crawl.

With eerie sound effects that enhance the atmosphere of dread, these bloodcurdling adaptations run the gamut from the mysterious to the macabre. With superb casts including Imelda Staunton, Bernard Cribbins, Anna Massey, Thora Hird and Sean Barrett.