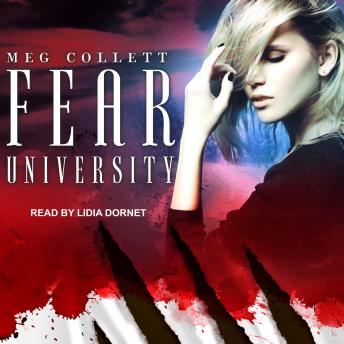 I've always known I was a monster.

My mother abandoned me when I was ten years old because I have a freakish mutant disease that makes me incapable of feeling pain. I bounced from one foster family to another because too many people like to test my medical condition in a game of 'Try to Make Ollie Scream.' At sixteen, I killed a man for taking that game too far.

Two years later, I'm still on the run in Kodiak, Alaska. Here, I'm the most dangerous person around, until I come face to face with a creature that should only exist in folklore. The monster is an aswang, and I, with my medical anomaly, am uniquely qualified to hunt the beast that haunts the night. At least, that's what the two scarred, mostly crazy 'swang hunters tell me when they kidnap me and take me to Fear University, a school where young students learn to hunt and kill aswangs.

For once in my life, I belong. I'm needed. I make a home for myself inside the university masquerading as an old Alaskan prison. But when certain truths come to light and even more lies are exposed, I fear that I, Ollie Andrews, am the worst kind of monster of all. And, maybe, they should be hunting me.