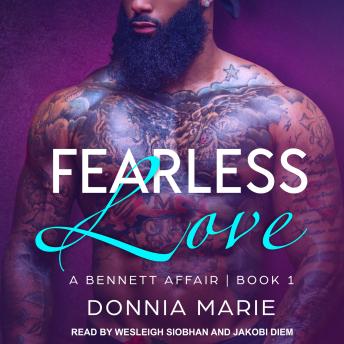 Sean B. is an overly attractive man with a lot of pull, who's able to navigate well in life. He's an artist with several businesses under his belt; not to mention, he was once a professional football player. He has the money, fame, and Chelsea, who he considers as one of his best friends. Though they've been platonic friends for six years, there's something brewing in Sean that he can't seem to tame.

Chelsea is the definition of a strong-willed independent woman, who has everything under control as she steps out on new ventures in the entertainment business. She's level-headed and stable, but her past hurts from her notorious son's father prevent her from fully giving love a chance.

As close as these two are, could Sean convince Chelsea to get over her fear of love? If so, will she give him a try? Is it possible to become fearless in love?